We hope you can join us in Francavilla Fontana for Settimana Santa (Holy Week).

Monday 26th March 2018 - 7.30pm - Concert of Settimana Santa
Thursday 29th March 2018 - The hooded Pappamusci can be seen walking in pairs around the town from Thursday through to Good Friday.
Friday 30th March 2018 - 8pm -The solemn Venerdi Santo (Good Friday) Procession is the biggest in the area with many statues of Christ carried through the town for the "Processione dei SS. Misteri" accompanied by two marching bands, plus officials, military and penitents dragging large crosses.

Francavilla Fontana is located half way between Brindisi and Taranto in the Region of Puglia, Southern Italy. It comes under the province of Brindisi and is also part of the Salento peninsula,  which makes up the "heel" of the Italian boot. The Adriatic Sea is to the east of Salento and the Ionian Sea to the southwest, so you are always less than 35 minutes from the sea. With the most beautiful sandy beaches being on the coast below Manduria.

14th September is the Festa for "Maria SS della Fontana",
patron of the town.
During the days around the Festa there are  beautiful streets illuminations. concerts and fireworks. 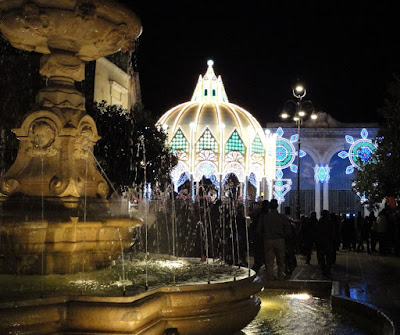 Francavilla Fontana is also called the "Imperiali town" after the feudal lords that ruled the town from the end of the 16th to 18th century. The Imperiali Castle is the crown of the historic centre. It has recently been renovated and now houses the tourist information office and a museum. It has large rooms available for community events, weddings and art exhibitions. It was built in 1450, but it was the Imperiali Princes that changed it to today's appearance in the early 18th century with it's beautifully carved stone loggia balcony.

Villa Comunale is the park in Viale Vincenzo. Which is the road leading from Via Roma towards the Train Station. To the left as you enter the park gates is an open air amphitheatre.

Francavilla Fontana was featured on the Rai 2 TV programme "Sereno Variabile" which airs on Saturday evenings at 5.10pm. Click here to go directly to the page where I have put some clips from the programme. 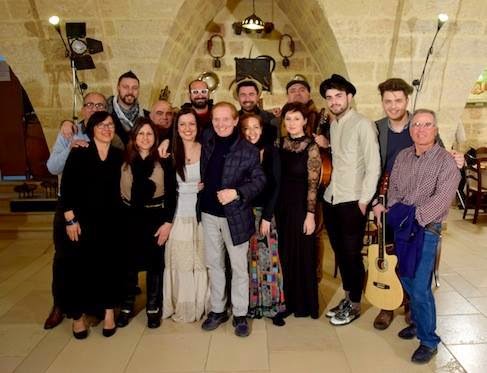 The countryside around Francavilla is mainly flat and is used for growing olives, almonds, grape vines and vegetables. Some farms also keep horses, cows and sheep.
The weather in this region is usually very mild with day time temperatures in June, July and August being around 35C. Day time temperatures in winter are usually over 15C. 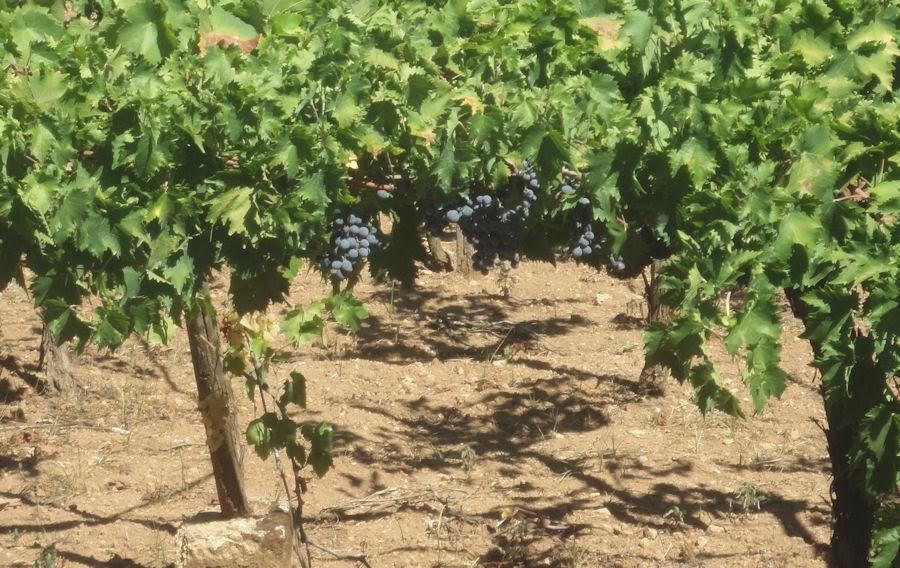 SCROLL DOWN FOR MORE PHOTOS AND INFORMATION 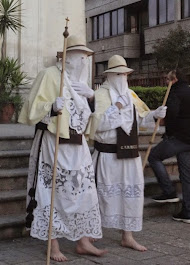 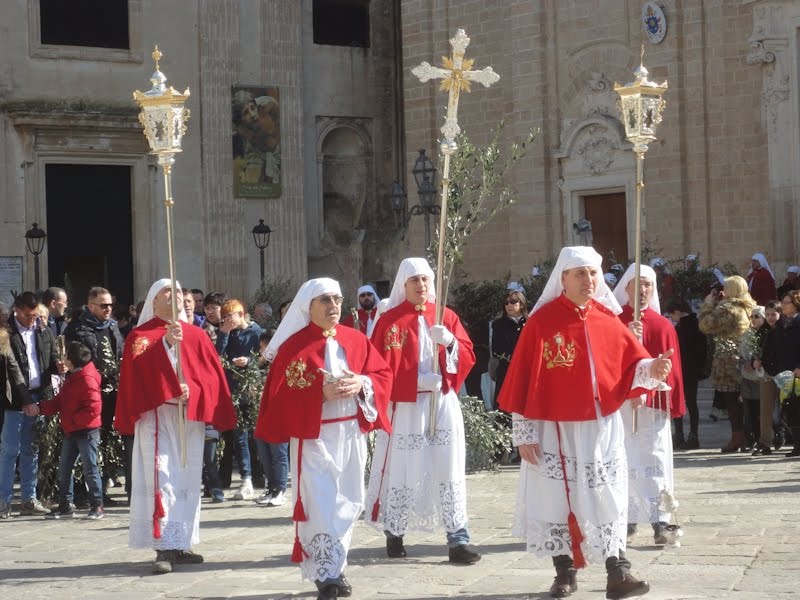 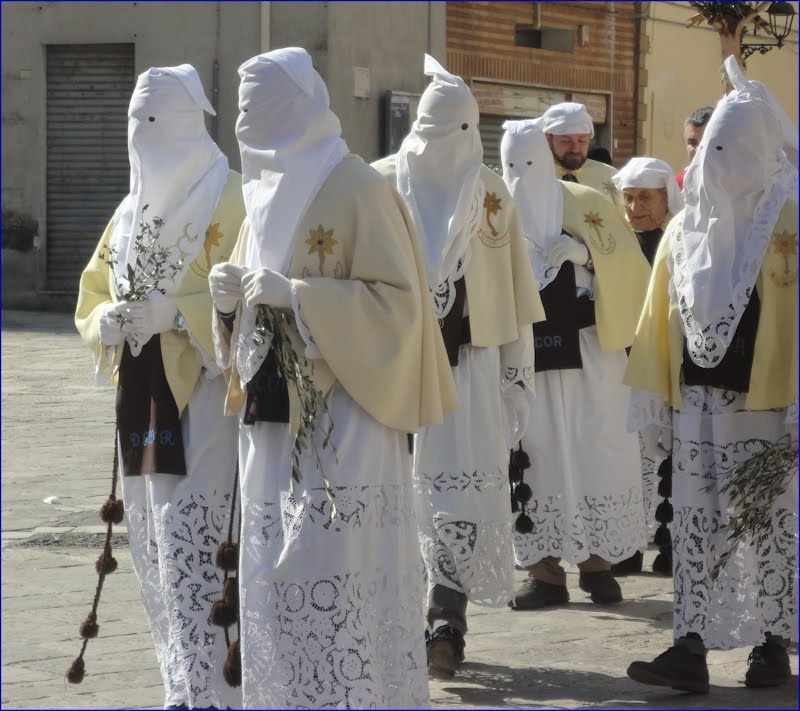 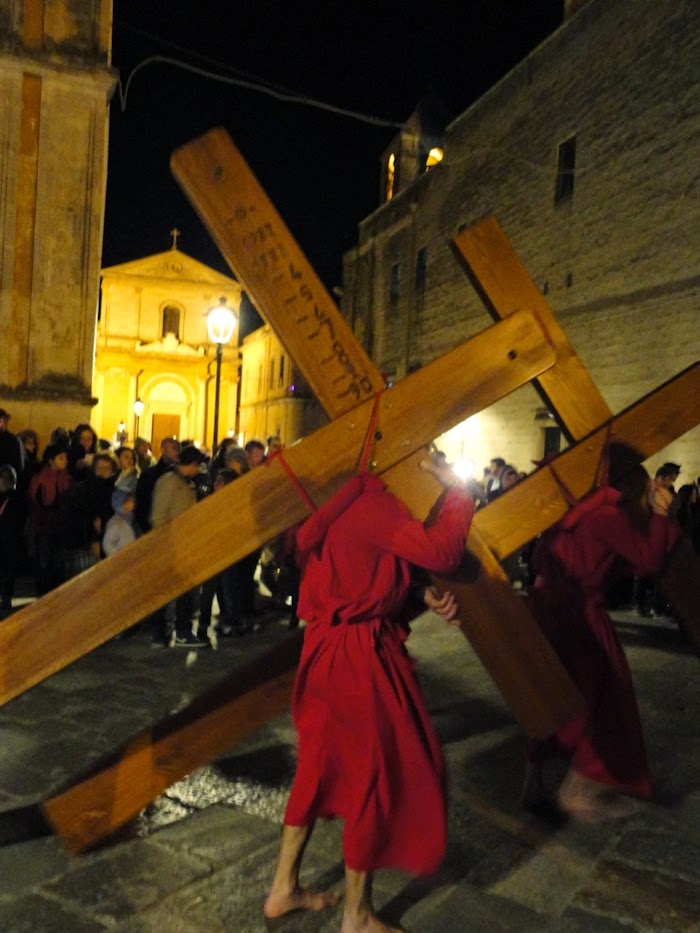 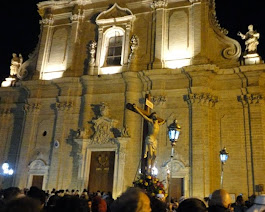 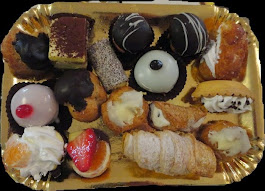 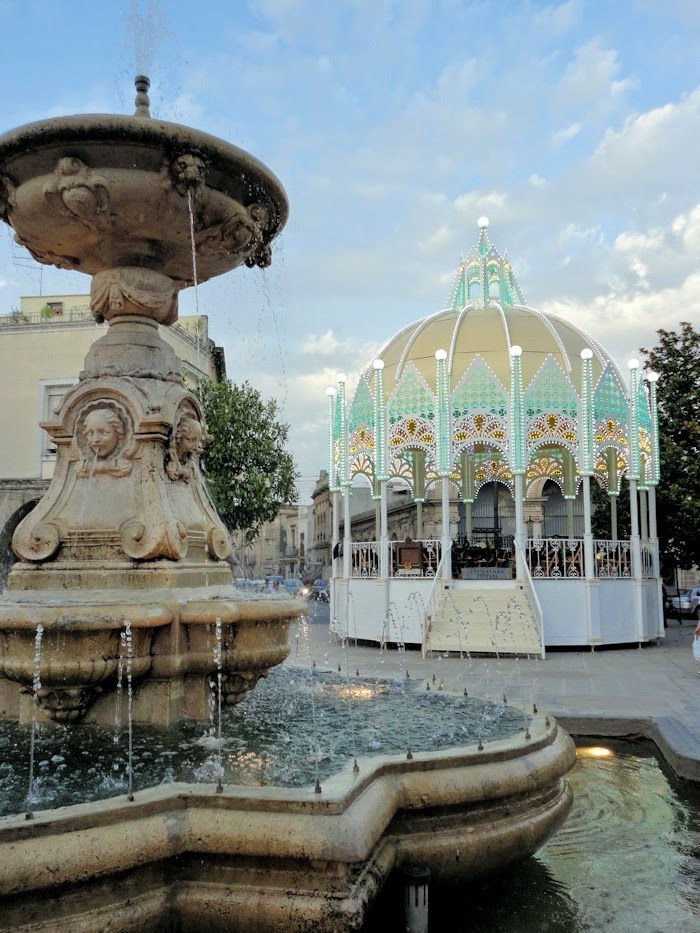 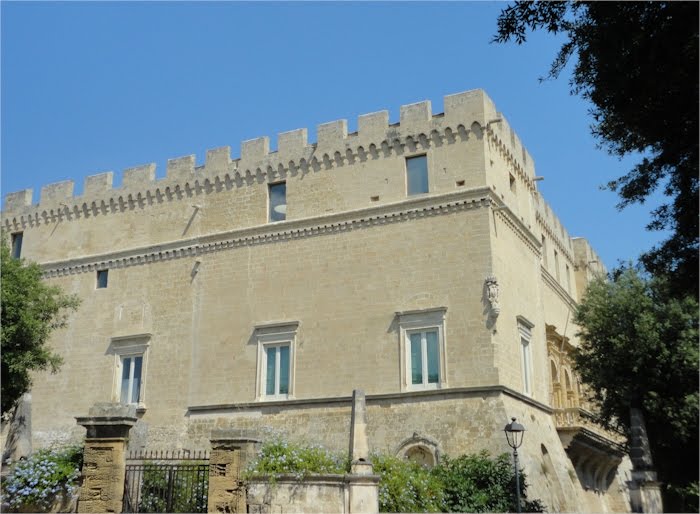 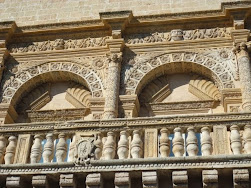 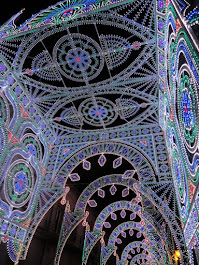 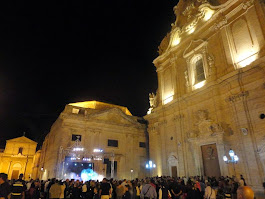 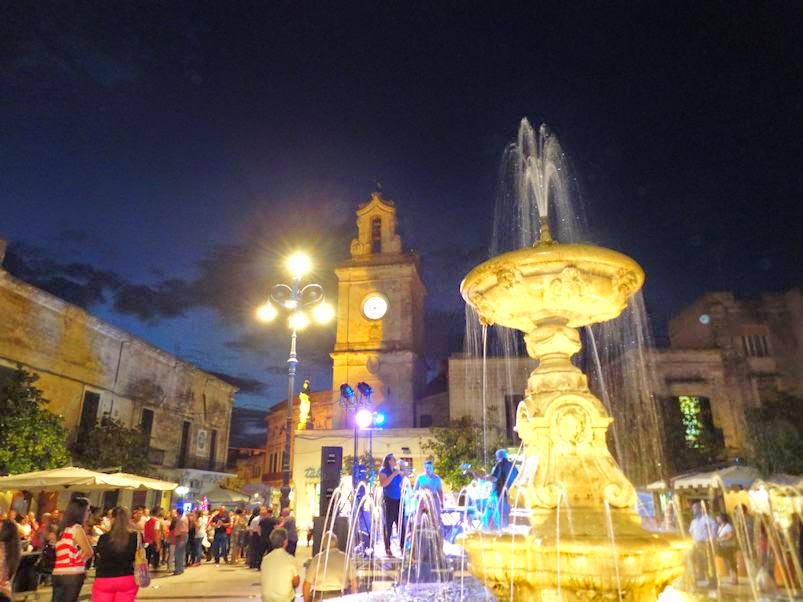 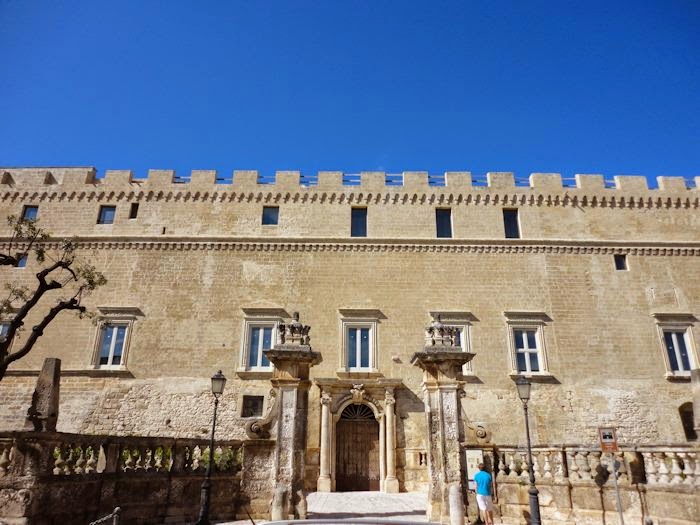 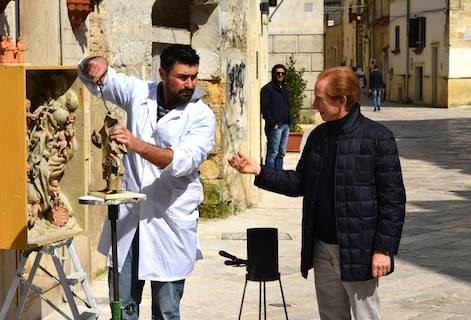 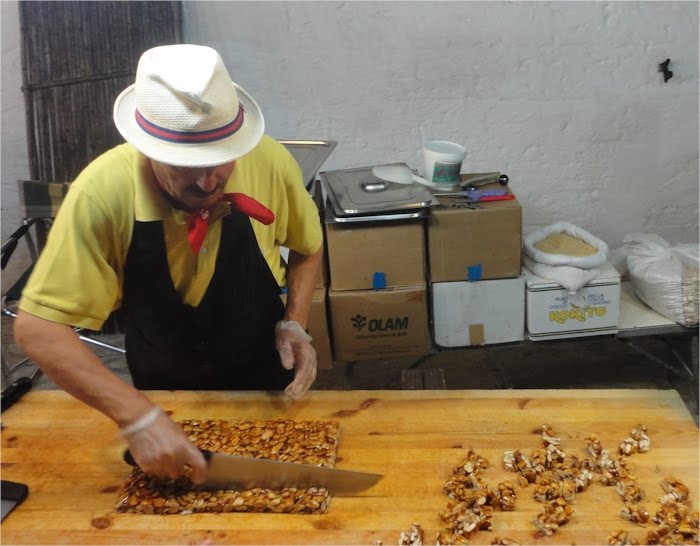 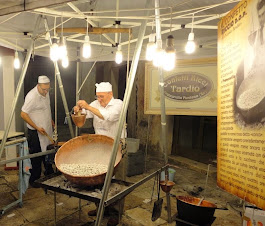 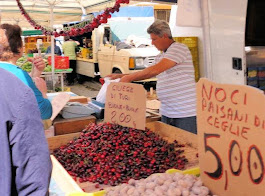 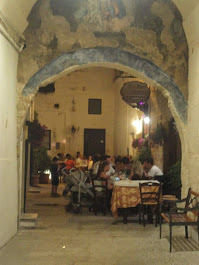 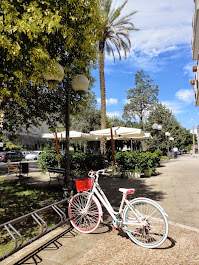 Links to other sites about Francavilla Fontana